It means “To Turn”

Official Site of the Tattooed Preacher > Uncategorized > It means “To Turn” 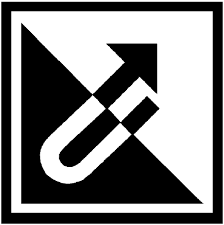 In previous chapters we have discussed the power of applying the Word of God to our lives and placing our agreement in what it says despite our circumstances and how that as a result, literally life and death can be hanging in the balances.

In this chapter, I want to take this understanding a step further and address what I believe to be a grossly overlooked aspect of Biblical salvation…True Repentance.

What is Born Again?!

In the bible, Jesus is confronted by a man named Nicodemus who was an astute scholar of the Word of God.  Nicodemus recognized that there was something amazingly unique about Jesus and snuck out in the night to have a meeting with him.

1 Now there was a Pharisee, a man named Nicodemus who was a member of the Jewish ruling council. 2 He came to Jesus at night and said, “Rabbi, we know that you are a teacher who has come from God. For no one could perform the signs you are doing if God were not with him.”

3 Jesus replied, “Very truly I tell you, no one can see the kingdom of God unless they are born again.”

4 “How can someone be born when they are old?” Nicodemus asked. “Surely they cannot enter a second time into their mother’s womb to be born!”

In essence, at this point, Nicodemus is completely floored and confused by what Jesus just said to him.  Some of you reading this book have heard these words Born Again and Kingdom of God used your whole life while others, like Nicodemus are hearing that for the first time and may be just as confused as Nicodemus was by what this could possibly mean!

It sounds like complete foolishness when not taken in the proper context.  But Jesus was setting Nicodemus up with his words, he was intentionally baiting him to get him to think outside the box of what he had previously experienced or even understood as possible.

There are all kinds of words and phrases that are used in Christian culture that are not readily understood by the masses outside of that culture.  Because, many who use these Christian-isms do not take the time to explain what they mean and just assume people understand what they already know, I am one who usually tries to stray away from lingo that is prevalent in Christian culture. I have found, in many cases, it actually confuses or even scares the heck out of people who hear it if they were not raised in church.

If I am not going to take the time to explain to them what it means (like Jesus did with Nicodemus) then I try to avoid the cliché phrases.  Phrases like, Washed in the blood, a Hedge of Protection, the Blood of the Lamb, Working out our Sanctification, Gifts of the Spirit, Being Saved…and even being Born Again.

Don’t take this the wrong way, with proper explanation, there is nothing wrong with using these words as examples for what we are attempting to express, but I have come to realize that, to many Christians, this is so much a part of their identity that they forget that sometimes the people who were not raised in church have absolutely NO IDEA what these phrases mean and how it sounds as weird to those not raised in that culture as it would to them if someone said, Have you been washed in Buddha’s blood?  Eat the flesh and drink the blood of Buddha!  Which would likely send them in an open sprint in the opposite direction…

I make this point for two reasons:  One, to show that sometimes, without proper enlightenment, what Christians take for granted that everyone understands is not always commonly understood.  And secondly,  if you are one of those people who have never been exposed to that culture and have no background in Christianity, I personally understand your apprehension with some of the things that you may not have been able to previously comprehend.

Regardless of what side of that fence that you fall on, what I am about to address in the rest of this chapter, many people who have been raised in church have never truly understood.  The truth of the matter is that this teaching is applicable for everyone no matter how much biblical teaching (or lack of) that they have received .

Jesus told Nicodemus, Unless you are Born Again, you cannot see the Kingdom of God.  There is a ton of addressable content in that one statement.  First of all, what does it mean to be Born Again?

Jesus was talking to Nicodemus, not about a physical rebirth, but a spiritual rebirth in which, as we spoke about in previous chapters, all things become new.   It’s as if we were given a whole new start in life by being born again into the world with a clean slate and a new found relationship with God that would empower us to live a life free from the bondages of sin.

This born again experience is also often referred to as being saved in which a person is being saved from the spiritual death and hell to follow that their sin would have mandated for them had Jesus not taken their sin upon himself and died in their place for that sin.

Salvation is, in essence a spiritual regeneration in which someone’s spirit literally experiences a whole new life or rebirth.  This is the metamorphosis that we spoke about previously in this book.  And this metamorphosis is rooted in our understanding, faith and agreement with the Word of God concerning who Jesus is and our acceptance of the fact that HE provided the means for us to be able to have a personal relationship with God.   Which brings me to the word Repentance.

What does it mean to Repent?

19 Repent, then, and turn to God, so that your sins may be wiped out, that times of refreshing may come from the Lord,

Often times when someone is entering into a fresh start relationship with God, they are told that they have got to repent for their sins but, what they are told that this means is not always completely accurate.  As a result, they end living their Christian lives beneath their God intended destiny because they haven’t quite understood all that is expected of them or the power to over come that is available to them in this surrender of their sin.

Repentance, as many have been inaccurately instructed, is not only asking for forgiveness of our sins but repenting of them.  Asking forgiveness is an aspect of true repentance but not the complete work.  To repent literally means to turn away from our sin and turn to God as stated in the scripture above.  True repentance is not a finished work when we simply ask for forgiveness, but when we also turn from our sin and to God, according to Acts 3:19 is when refreshing and newness may come from the Lord.

When someone embraces that relationship with God through Jesus, there is a radical change of heart that takes place which is also accompanied with an intense desire to not only ask for forgiveness for the sins that they have committed that previously separated them from that relationship with God but also to turn away from the sin that they now understand is displeasing to God.  And it is in this turning away from the old lifestyle and choices and toward God that true repentance is fulfilled.

19 Nevertheless, God’s solid foundation stands firm, sealed with this inscription: “The Lord knows those who are his,” and, “Everyone who confesses the name of the Lord must turn away from wickedness.”

6 Jesus answered, “I am the way and the truth and the life. No one comes to the Father except through me

I don’t believe that this Kingdom of God reference is only limited to a Heaven/Eternity/after we die experience.  I’m convinced that Jesus was also telling Nicodemus that unless he was born again he would not see what life on this earth could be like with God as his King and leader in a new found personal relationship with Almighty God!  Literally, referring to God’s Kingdom in a capacity where the king is the ruler and those subjugated to that rule reap the benefits of it.  I have heard it said that The Kingdom of God could also be translated, God’s way of doing things.

I believe that the Kingdom of God is referring to a life completely surrendered to God’s authority as your King and Ruler.  Which is evident in a passionate desire and intentional turning away from sinfulness and wickedness.

So, ultimately, the entire statement to Nicodemus when Jesus said, Unless you are Born Again, you cannot see the Kingdom of God …was this:

Nicodemus, unless you embrace the sacrifice that I am about to make for the sins of mankind, place your agreement and faith in God and His Word, and receive a spiritual new birth and regeneration you will never reach your God ordained potential or destiny in the capacity that you could have with God being the true King of your completely surrendered life to Him.  And as a result, you will never truly experience God’s way of doing things.

It is our choices toward sin and wickedness that have positioned us to reap the negative harvests of our actions.  And it will be our born again experience, true repentance, renouncing our ties to previous sin and placing our agreement in Gods Word and plan for our lives that will ultimately set us up for experiencing the Kingdom of God/God’s way of doing things in our lives as we move forward toward our God ordained destiny!

It is our lives and lifestyle that reveals what we truly believe, everything else is just religious talk.  In a nutshell, we live what we believe…

Now, with that understanding, it’s time to renounce our previous agreements with sin and ungodly behavior…