Official Site of the Tattooed Preacher > Christianity > Starting Over… 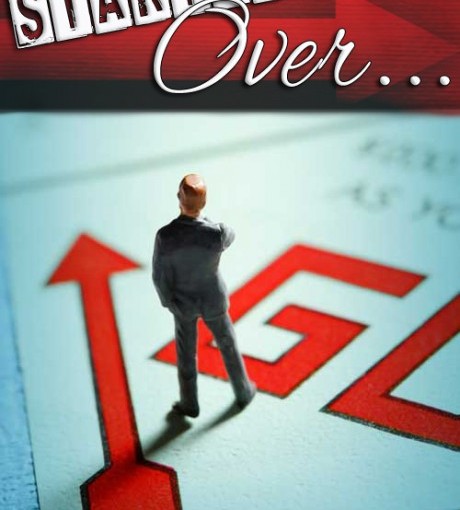 As painful as it has been, starting over has been a part of my life story. I’ve had several very key and unexpected setbacks that seemed to completely redirect my entire life…The most drastic being completely losing my career in Law Enforcement with no financial recompense (right to work state) after an attempt on my life in the line of duty.

These kinds of setbacks are rarely (if ever) a part of your 5-year plan (smirk), yet for most people, are typically a part of their life story. So what do we do when we have to start over?

For some it’s a job for others is a marriage & family – although the circumstances are different for everyone, the desire to throw in the towel is quite often the same. Once you get past the anger, bitterness, sadness, disappointment & feeling like a failure (even when it’s not your fault) there comes a point when you realize that you still have life to live and there are decisions to be made.

The story of Joseph in the Bible has been a strength to me when I wanted to quit. He had a God-given dream. In his immaturity he stewarded wrongly what God showed him and he was betrayed by his own family. – but he kept his vision.

In slavery he was sold to a man who cared for him and was placed in a position of authority in the mans house…But when he refused the sexual advances of his masters wife she lied about him and had him thrown in prison – But he still kept his vision.

In prison he helped people who promised to “remember” him when they got out… but they didn’t – yet he STILL kept his vision.

Finally, years later, because of a gifting that God had placed in him and taught him to nurture and mature in each season of his life (beginning in his immature youth) Joseph is placed before the king to utilize the gift that God placed in him…and over night Joseph is promoted to live out the vision that he had kept in his heart during every other dark season.

I’m sure that in every season he was confused as his reality looked so much different than what God had shown him… but he kept the vision and eventually lived the dream!

2 closing thoughts from the Bible.

No matter what season you are in, there will be opportunities to quit, stay still or move forward. If you don’t lose sight of your vision you will default to moving forward even in seasons of setback.

Keep your focus in the darkness on what God showed you in the light… and even when you fall & fail… GET YOUR BUTT BACK UP!

Sometimes starting over is a painful part of life… Do it anyway!