Official Site of the Tattooed Preacher > Christianity > A Perfect Pastor 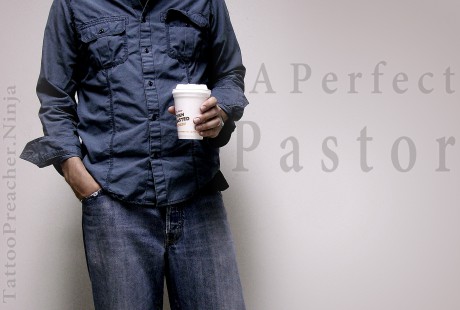 One of the most difficult struggles for many an integritous leader is the weight of unfair public judgments . People are tough on pastors. They place them on unrealistic pedestals & criticize their every word or action. I will never debate against pastors being held to a higher standard of accountability but not to the point of robbing them of their humanity.

I recently spoke to a friend who attends a large church with a pastor of significant visibility. He conveyed to me that sometimes he feels frustrated with the pastor because at times there is a “celebrity” projection from him.

This is a pretty intelligent guy and as he explained some of these “celebrity-esque” characteristics that he perceived, I received some insight and asked him to humor me with an exercise.

Love, compassion and the allowances for human imperfection are so important! – FOR EVERYONE!

Ultimately, you should be attending your church because you believe that is where God has placed you. When this is the case, you should then be looking for what you have to add to the whole… Not take away.

It should go without saying, but perfect humans do not exist… Not even among Pastors…so you can quit looking.