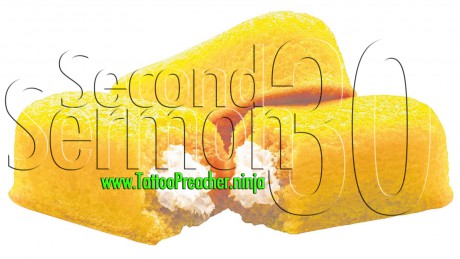 As a pastor I’ve met a lot of people who are mad at God because of something that they believe He did or allowed in their lives that they felt was unfair.  I’m not necessarily saying that God never allows things to happen (I quit placing absolutes on God a long time ago), but I do question how frequently our will is the primary catalyst for our experience instead of His.  I wonder if it is possible that Grandma died from a heart attack at 57 years old, not because it was God’s plan for her life but because for the last 25 years she refused to put down her fork.  Or if Dad’s cancer came as a result of poor lifestyle choices like, smoking for 15 years and eating preservative filled Twinkies every day, instead of God “putting cancer on him”.  With scriptures that say if we know to do good and don’t, it’s sin… and the wages of sin is death, and honor God with our bodies…etc, I just find myself questioning today if many of the things that I blamed God for “allowing” in my life were more a result of me allowing it through my own choices than His will for my life…Just food for thought.

My new book, Quantum Christianity: Believe Again – Discovering the Science of Scripture – Uncovering the Mysteries of Faith is coming soon with significant elaboration on subjects like God’s will, establishing the Kingdom of God vs the kingdom of sin, how science and theology compliment each other…and much more!

For more information check out: https://tattoopreacher.wordpress.com/quantum-christianity/

The views expressed on this page are my own and may not reflect the views of my employer.